You are here: Home / Cat Help / The Best Cat Names for Your New Kitty 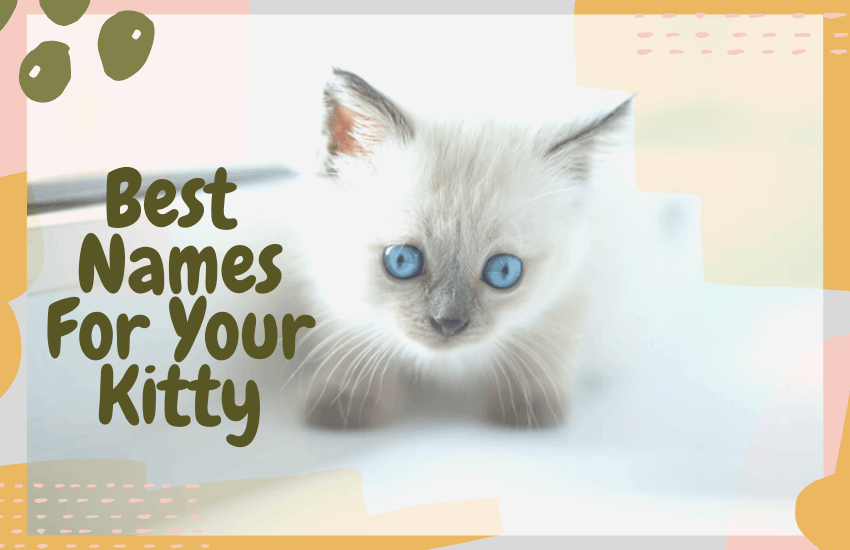 ‘The naming of cats is a difficult matter,
It isn’t just one of your holiday games;’
-T.S.Eliot

Mr. Eliot had it right, in his poem, The Naming of Cats. Finding just the right name for your fur baby is no easy matter. Cat names need to take into account your pet’s personality, be something that you don’t mind saying (or calling out in public if you have an outdoor cat), and be mindful of the extreme dignity that cats demand. We’ve all had ‘the look’ when we get things wrong.

In this article, we’ll be running through some of our favorite cat names. Some quirky, some traditional, and some taken from famous sources including T.S. Eliot’s ‘Old Possum’s Book of Practical Cats’. If you’re looking for inspiration for naming a kitten or renaming a cat you’ve adopted, then read on!

The Science of Cat Names

You might think that a name is a name, but it seems that cats respond differently to certain sounds. They seem to like high pitched noises and will be more likely to react to a female voice than a male one. Bearing in mind that their most frequent comment to us is, ‘Mee-ow’ it’s worth keeping your name to two syllables and to include a long ee sound. Names like Tilly, Lilly, Kitty, Sophie, and Felix are examples that meet these criteria.

If those sorts of names don’t really fit the bill then you can, of course, choose a longer or different name for your cat. You just might find that they ignore you unless you come up with an ee sound nickname!

You might consider this a list to avoid, or a list of inspiration depending on your perspective, but these are the timeless names that cats have been called for decades, if not longer. You’ll see some familiar favorites popping up in other categories, too.

There have been plenty of cats who have played major parts in books, TV or movies. Here are some of our favorites:

This book is a treasure trove of cat names, from the mischievous Macavity to Old Deuteronomy via Rum Tum Tigger. A must-read for cat fans.

Sometimes the simplest way to name a cat is to use their physical appearance for inspiration. You’ll find some of these in the other lists too!

If you’re getting not just one but two bundles of fluff, here are some great names that work well together.

Once you’ve named your cat, it’s time to show the world what you’ve chosen. Whether it’s something traditional or a totally off the wall choice (a friend once named their cat Egg) you can have it displayed on these items.

Let little Mittens curl up on a warm and fluffy blanket with their name on it.

White ceramic pet bowl with a cute, kitty-themed design. Customizable with personalized text and photos so everyone knows whose bowl is whose.

Check Price
We earn a commission if you click this link and make a purchase at no additional cost to you.

Keep track of who you’ve fed with these personalized cat bowls.

You can choose from 5 collar colors and one of 14 available thread colors to permanently embroider your kitty’s name and phone number (up to 21 characters) for identification.

If your cat likes to wander then this collar won’t just let people know who they are, it will also give them your phone number.

As you can see, there are a number of really great cat names that you can choose for your fur babies. Don’t rush into a choice– it’s fine to call them ‘kitty’ until you know them well enough to choose a name that you (and they) can live with for the rest of their lives.

If you want to read more purrfect guides check the links below:
Best DIY Hidden Cat Litter Box Ideas You Need to Know Of
How to Train a Kitten
How to Potty Train a Cat
When Can You Bring Home a Kitten?