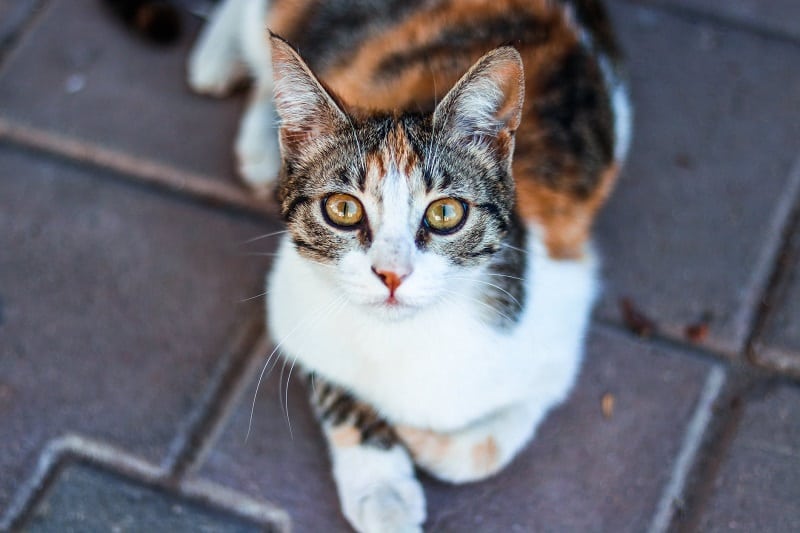 Merrick and Blue Buffalo are two of the leading US brands on the pet food market. They both claim to provide the highest quality pet food and boast about their natural, wholesome, and healthy formulas.

But do these claims have any merit? To find out we put Merrick and Blue Buffalo against each other.

Merrick is a cat and dog food company founded in 1988 in Texas by Garth Merrick after he “began home-cooking food for his beloved dog, Gracie,” according to the brand’s website. The company gives a “five-star promise” to its customers that it uses “real whole foods” sourced from “trustworthy farmers and partners [for] health you can see.”

While all this sounds great, in 2015 Merrick was acquired by Nestle’s Purina which angered pet owners. At the time the company issued a press release promising that the acquisition won’t affect the quality of its products. 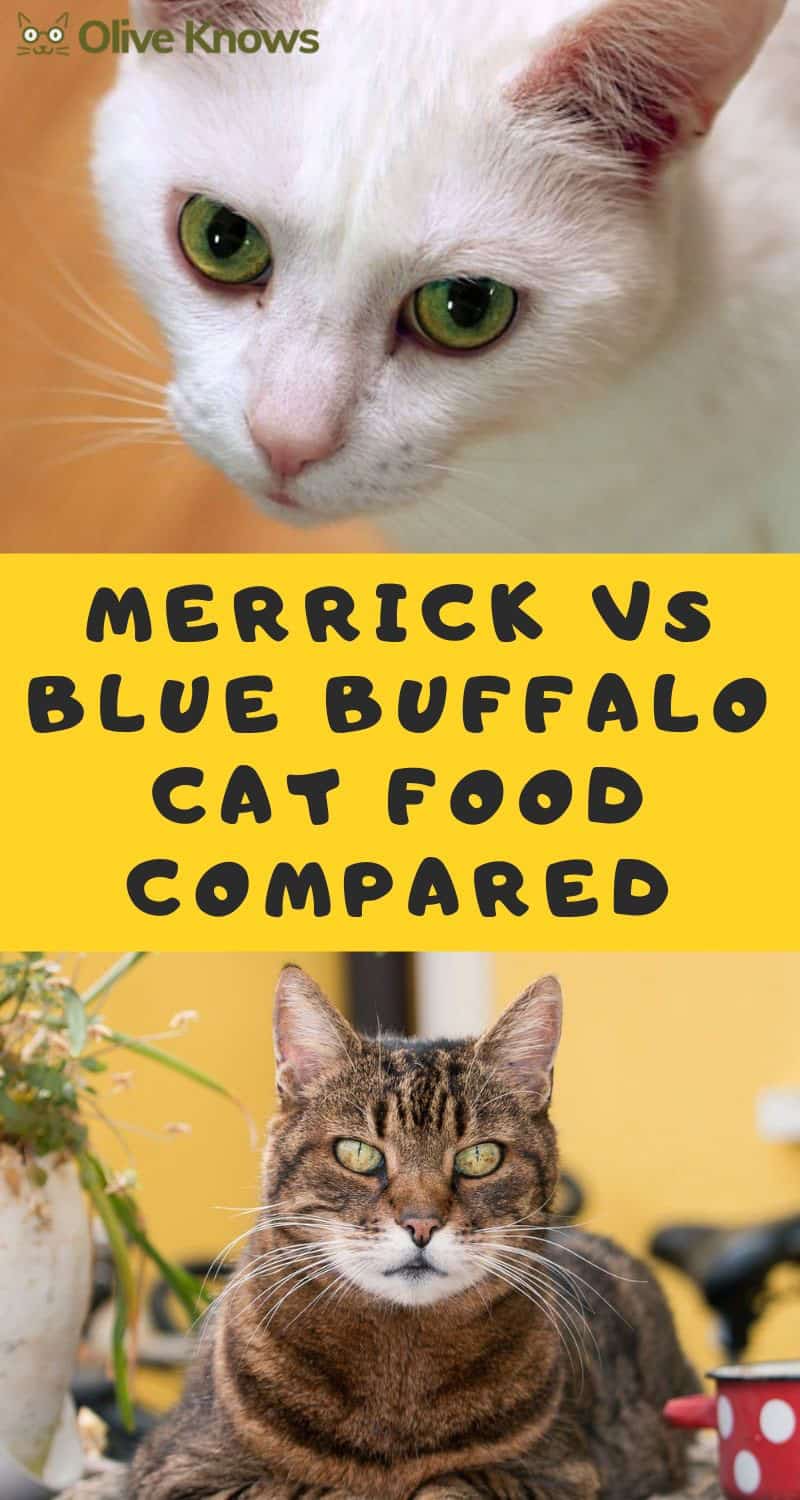 Blue Buffalo is another well-established on the US market manufacturer of dog and cat food. As is the case with most pet food companies, this one, too, has originated with a dog—the founders’ cancer-suffering Airedale terrier Blue. Blue’s health problems led the company’s founder Bill Bishop and his two sons to “create a pet food that was made with only the highest quality natural ingredients.”

Blue Buffalo was found in 2002 and remained family-owned until last year when it was acquired by food manufacturer giant General Mills.

Now let’s see how it compares against Merrick. 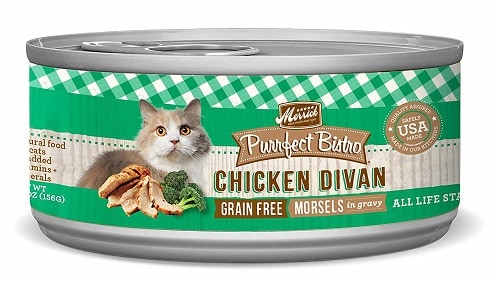 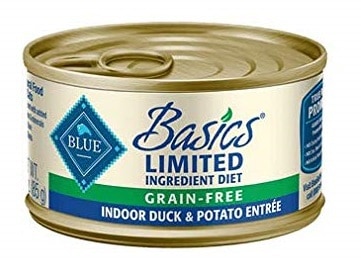 The dry diets both list deboned chicken followed by chicken meal as the first two ingredients.

Merrick does contain turkey meal as its third ingredient while Blue Buffalo’s formula lists tapioca starch. However, without knowing the weight of the ingredients, position alone isn’t indicative of which formula is richer in animal-sourced protein.

Speaking of tapioca, it is present in both products—this is an ingredient that doesn’t provide much nutritional value to cats. Manufacturers use it as a substitute for grain in grain-free formulas.

The presence of “natural flavors” is also a warning sign about the palatability of these products. While better than the artificial alternatives, vets advise that the presence of additive flavors in pet food suggests that the formula is not attractive to cats on its own.

As of the wet options—they don’t differ much in content either, though Merrick’s formula again comes on top, listing animal-derived products as four of the first five ingredients versus Blue’s two. However, the presence of “guar gum” in both formulas precludes us from recommending either of them.

The verdict: none of the formulas is something to get enthusiastic about.

Now, let’s see how the four diets stack up against each other in terms of nutritional analysis.

To compare the formulas we need to calculate their carb content and convert them to a Dry Matter Basis. We took the data from the manufacturer’s websites. Where ash ratio is not indicated by the manufacturer, we are assuming an industry average of 8% for dry food and 2.5% for wet options.

This gives us the following results:

Now let’s move on to the part about recalls of Merrick and Blue Buffalo if such were ever issued.

In 2016 Californian Sean Randall filed a lawsuit for $5 mln. against Merrick, its owner Purina and others for falsely making customers believe that their products are entirely made in the USA.

The suit was connected with the abovementioned presence of melamine—an ingredient that was found in vitamin premixes which in fact originated from China and India.

When the melamine scandal exploded in 2007, 150 pet food brands recalled their melamine-containing formulas after tests and pet owners revealed that the contaminated products caused kidney disease and death.

The case ended with a settlement.

At the time Blue vehemently denied the accusations, questioned the validity of Purina’s testings, and in turn filled a counter-suit for defamation against Nestle’s brand.

A month later Blue Buffalo released a statement admitting that some of its formulas contained by-product meals and blamed suppliers for “mislabeling” by-product meal as meat meal. In the end, the two companies settled while in a separate case the suppliers in question pleaded guilty to misbranding and adulteration charges

So, what’s the verdict on Merrick vs. Blue Buffalo?

If we had to choose between the two, we’d go for Merrick Purrfect Bistro Grain Free Real Chicken + Sweet Potato Recipe.

It is limited-ingredient, grain free, and comes with better nutritional analysis than the BLUE Freedom Grain-Free Indoor Chicken Recipe for Adult Cats. 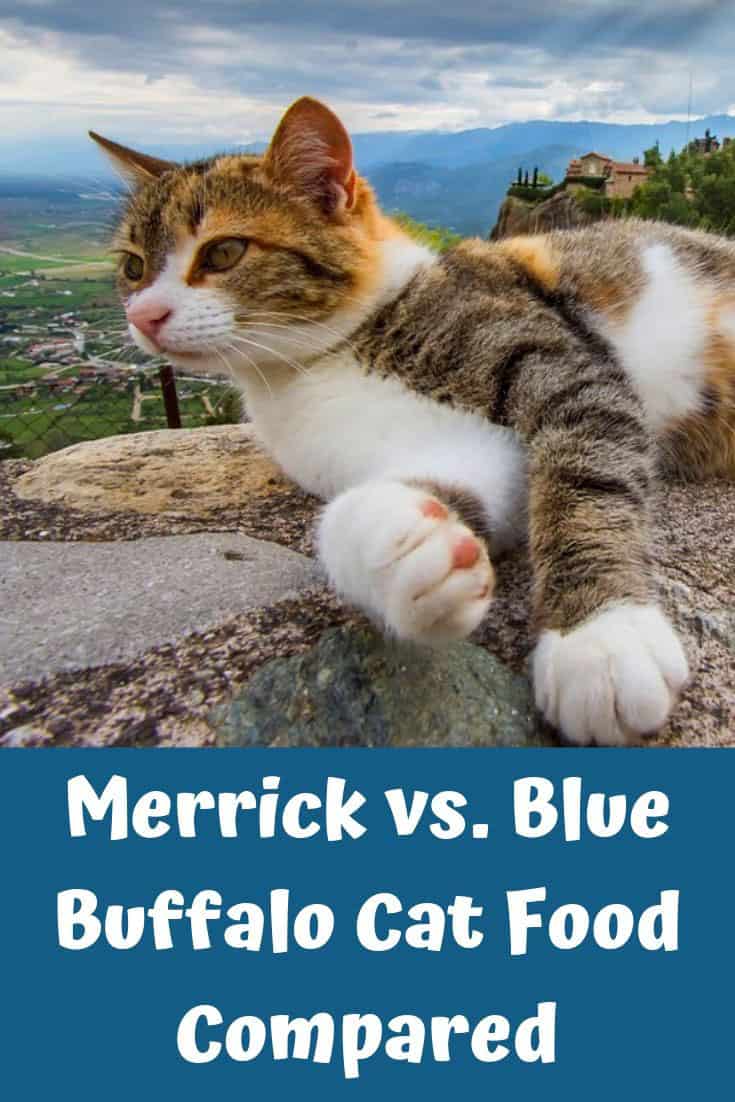